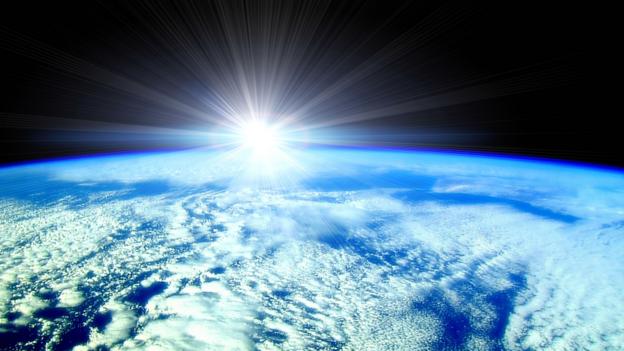 Invention ideas in the last century changed the world faster and deeper than any other period of time in the history of humankind. These life innovations changed forever the way we relate to each other, love, get power, communicate, move around and literally exist. We are already 20 years into the 21st century; will it change society as profoundly as the last one did? That is yet to be seen; in the meantime let's take a look at the greatest inventions of the past century.

Some of the most profound changes in the world came through this category. Contrary to what many people thought, the biggest innovations didn't come as forms to sail the sea or dive into the ocean, but in the shape of flying machines and fast ground-moving ones.

It was 1903 and the Wright brothers were the ones who finally managed to manufacture and patent an aircraft heavier than air to take off and have substantial flight time. Then World War I came along and flying technology played a major role in it; hence, there was a huge technological leap. By 1919, the first commercial flight from the USA to Canada took place. After that, an amazing industry came along and gave us humans the freedom to go across the globe in less than 24 hours. Could you imagine a world without airplanes to move around? Remember it used to take months to cross the Atlantic Ocean.

Although the first attempts came from the 19th century in Germany by Karl Benz, it was Henry Ford and his patented Model T that made it widely available for the masses. Thanks to that invention the way that humans move and also the landscape of cities changed drastically. Will the 21st century bring us flying vehicles? That is yet to be seen, but for now, Henry Ford's legacy is still reigning the streets and roads of the world.

Perhaps this is the category that has changed the most profoundly since the 20th century. Let's take a look at some of the most outstanding inventions from last century in this matter.

This is an invention that started being available to the general public in 1900. Although it is not so important nowadays, radio reshaped the way people consumed information, entertainment and music. There was a chance of hearing music without live musicians, hearing the news and even soap operas without moving from your house or buy expensive equipment. Such was radio power that by 1938, Orson Welles original War of the Worlds caused suicides, a stampede and panic in at least a million and a half people listening in the USA. Later on, radio wave technology was applied to all sorts of inventions including radars, television and the internet.

If the arrival of radios changed the world in the early 20th century, the television was the revolution in the second part of the century. It was a groundbreaking invention the fact that you could now also see what you were hearing. The distance between a radio soap opera and an actual acted series that you could just catch during the week from your home was life-changing for most people. Television then evolved into what we know now of a fully-integrated Smart TV that can reproduce content straight from the internet. Can you imagine growing up with no TV?

Computers were available for military purposes already back in the 1940s to do the heavy calculations, but the real revolution came in the 1970s the micro computers (for the time). By the 1990s and with the appearance of Mr. Bill Gates and Mr. Steve Jobs, PCs dominated the market and it was impossible to think of doing serious business without one of those involved. Since that time, human kind has invested an enormous amount of money in creating some of the most powerful machines in the history of human kind. Where will computers take us in the 21st century? That is yet to be seen.

As David Bowie stated back in 1999 right when the 20th century was ending and the internet was at full rising: The potential of what the internet is going to do to society both good and bad is unimaginable. He was completely right about it and without even experiencing YouTube (2005), Facebook (2004) and so many other internet uses like IoT and AI. The internet is the single most dramatic change from the 20th century that still shapes our worlds today. Truth be told, it couldn't exist without previous developments done in radio and TV broadcasting.

Why do we say artificial satellites? Well, because there are natural ones too like the Moon in the case of the Earth. The year was 1957 (incipient computers still used vacuum tubes) and on October 4th, the Soviet Union put Sputnik in orbit around the world. Since then 8,900 satellites have been launched of which 1,900 are still functional. These communication stations made possible such things as worldwide broadcasts, global position system and so much more; modern life wouldn't be what it is without them.

The first cellphone'ss weight was 2kg and was a Motorola designed in 1973. The first commercial cellphone was sold in 1979 and between 1983 and 2014 the amount of cellphone-plan subscribers went up to 7 billion; that means one for each person alive on Earth right now. The explosive expansion of cellular phones was largely due to artificial satellites and internet proliferation. They might just be the most present 20th century invention flooding into the 21st century so far.

The first nuclear reactor was invented in the United States in 1942. Since then, the amount of electrical power generated by nuclear plants is as much as 10% of the total global consumption. It has also been used to propel submarines and aircrafts and gone through some dark moments like Hiroshima and Nagasaki bombings and Chernobyl and Fukushima disasters. Although it is a controversial invention due to its potential destructive power, it has helped human kind broaden the horizons of energy production drastically.

Before the issuing of antibiotics, the smallest bacteria could kill hundreds and even thousands of humans. By the year 1928, Alexander Fleming discovered Penicillin and that changed medicine forever. Since its discovery, many other antibiotics have been discovered saving human lives by the millions.

We are entering the third decade of the 21st century and many of the above-mentioned inventions and innovations changed forever the way we see the world. What kind of technology will cascade from them in the future is an interesting and exciting question. What is certain is that the role of the inventor having prototype after prototype refining the idea is far from gone.